Million-Dollar View and Curves to Boot

Bought off the plan five years ago, this luxury South Perth apartment with stunning city and river views is a pristine buy yet to be lived in. Claire Bickers reports.

In a prime position on the South Perth Esplanade, this luxury apartment is still awaiting its first occupants.  The owners – South Perth locals who live on Hopetoun St – had planned to move to the lavish riverfront pad when their children left home, electing to hold the property and not rent it out.

“We did that deliberately because we decided if we ever did sell, it would have more appeal,” one owner said.

Not that it needs more appeal. With stunning city views and the river at the front door, the apartment would attract anyone with a cool few million to spare.

It’s one of three apartments in the five-storey block known as Kingdom Apartments, named after tuna fisherman Lex Kingdom who lived on the site with his family for 20 years before redeveloping it.

Designed by Baltinas Architects and completed by builder DPD Constructions in 2008, the building is curved so each room has river views.

Circles and curves have then been repeated throughout the interior.

The kitchen has a curved granite bench, sophisticated cabinetry with an island in the centre of the room, and curved windows to make the most of the striking view.

The theme also carries to the bathrooms, windows and the raised ceiling in the living area.

Each room has fixtures fit for a king and lighting which emphasises the design.

The master suite has a private balcony, an ensuite and an enviably large walk-in robe.

The main bathroom is a masterpiece of marble.

The apartment also has access to a common area with extra storage and a bar, a secure wine cellar in the garage and three parking spaces.

The owner said the property would be great for a couple or a small family.

“I’m not all that keen on apartment living, but two other neighbours is definitely tolerable,” he said. 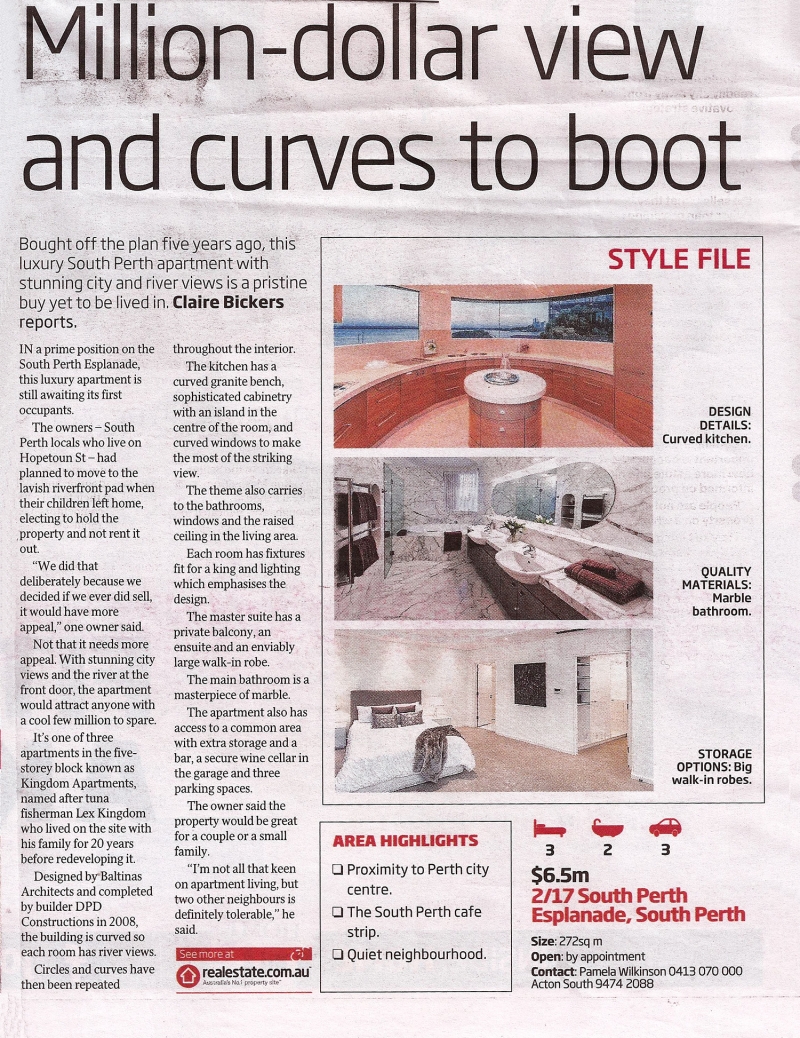