Plans for a 20-storey tower next to heritage-listed Weld Club on Barrack Street have been criticised by the exclusive gentlemen’s club, the Heritage Council and some City of Perth councillors.

Cr Eleni Evangel said “it’s pretty much like putting Lady Ga Ga next to the Queen”, but added “it might be a very entertaining combination” and would be a point of difference.

But the architect and developer say they have come up with an iconic building that is unique and meets the City of Perth’s goals for more innovative architecture and residential development in the city.

The council’s planning committee approved the project on Tuesday night but not before chairwoman Judy McEvoy said the applicants had “lost the plot” with a design that had “no respect whatsoever for the Weld Club”.

Under the plans, a 1960s office building would be demolished to make way for the $20 million development.

Heritage Council executive director Graeme Gammie said yesterday it was not opposed to development at the site, but the new plans were “unsympathetic to the visual setting of the Weld Club”.

The 139-year-old club has written to the council with its concerns. 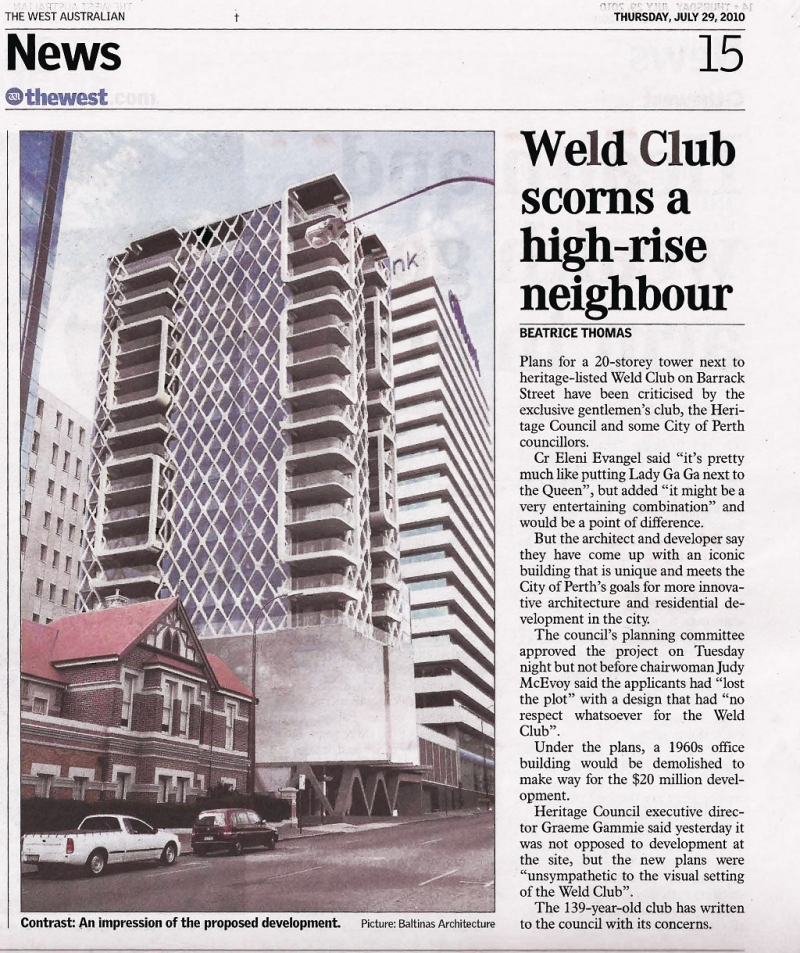